Greg Hardy’s MMA kill streak continues as he collected another victory on Dana White’s Tuesday Night Contender Series last night. It took Hardy only 17-seconds to get the TKO as he landed an overhand right hand that dropped his opponent, Terbaris Gordon, who probably still has no fucking clue what planet he is on and is probably currently reconsidering being an MMA fighter.

Hardy improved to 2-0 as a pro and, much like my sex career, has yet to have a bout last more than a minute.

Impressive stuff, but not really all that surprising considering 1) this guy is a former NFL pro bowler freak athlete and 2) he might have the most intimidating game face of all time.

I mean look at this shit:

This guy looks like he wants to murder somebody. And this is AFTER the fight was over. Dude is still looking to beat some ass. If i saw him stare across the cage at me with this look on his face before the match started I would immediately forfeit and probably give him my wallet/lunch money and potentially my car if he wanted it (VINTAGE 2000 Corolla with spinners, so he probably does).

It will be interesting to see where Hardy goes from here in his fight career. He’s been crushing cans on the regional scene lately and hasn’t had any real legit competition, but clearly the potential is there. A lot of question marks certainly remain: What happens if the fight hits the mat? Does he have any takedown defense? Will he even be allowed on cable TV given how fucking terrifying he is? Seems like its only a matter of time before these questions get answered for us and he gets the call up to the UFC. We’ll keep you all posted. 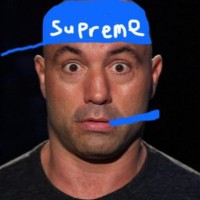 Nate Diaz: Puff, Puff, Pound Heads In To The Canvas